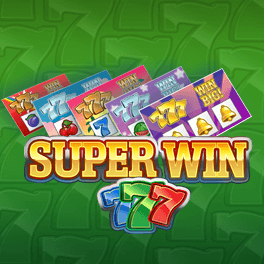 The popularity of the slot machines has evolved over the years to the on-the-go slots gaming experience we know today. The origins of the slot machine can be found back in the 19th century in New York when Sittman and Pitt invented the precursor to the modern slot machine. The machine was based on the popular game of poker and held 50 card faces. To start playing, the players would insert their coin, pull the lever and hope to win a good poker hand. This machine was soon found in saloons across the US. In this period, there was no payout mechanism, so the players who won were offered a free drink or other non-monetary prizes. However, many people believe that the real slot machine was created in 1895 by Charles Fey. This machine was named ‘the Liberty Bell’ and had a simpler design, featuring only three reels and would allow automatic payouts. Instead of a card-based game, the machine had symbols that would line up to create winning combinations. This machine was a huge success and the design was eventually copied by competing manufactures. What’s more, we can still see the original Liberty Bell slot machine at the Liberty Belle Saloon & Restaurant in Reno, Nevada.

Inside the lobby, there is a huge selection of 500+ slot games. Besides the standard ones, new releases are added each month. All the games are developed by some of the well-known software providers in the gaming industry. Players can enjoy the likes of the classic slot games such as Cleopatra, Immortal Romance, Bonanza, Bloodshot, Berryburst, Bloodshot, 99 Time, Sugar Train, Great Rhino, Fluffy Favourites, Starburst. You can enjoy playing them across all devices. Check out our lobby, choose your favourite one and spin for the chance to win big.

All the games available at Pizazz Bingo are powered by the biggest and well-trusted software providers in the gaming industry. NetEnt, IGT, Eyecon, Microgaming, Evolution Gaming, Play'n GO and IGT (WagerWorks) are some of the names that are responsible for delivering visually stunning games you can currently find. Also, these suppliers regularly release brand new titles meaning there is no need to get bored by playing the same one over and over again. Whether you prefer Egyptian, Las Vegas, classic or any other theme, we've got everything covered. Simply head over to our lobby, choose your favourite games and enjoy spinning.

Pizazz Bingo is fully mobile-optimised for all iOS, Android and Windows devices, which means that the players can enjoy a complete bingo experience. The resolution on the smaller screen is as good as larger screens such as PCs and laptops, which allows the players to access the promotions with just a couple of clicks from a mobile phone. The site uses HTML5 web browsers and the only thing you need is a device and a stable internet connection.

Besides the standard ones, exclusive jackpot games can also be found at Pizazz Bingo. These games have the potential to pay out huge cash sums. What’s more, depending on the game, these jackpot prizes can get bigger and bigger, which is the main reason why they are so popular among the players.

RegisterSign up for an account in less than 2 minutes